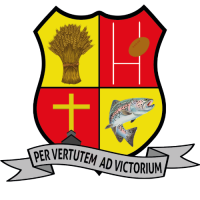 Off The Pitch Team

Rugby they don’t do! Administration they try to! 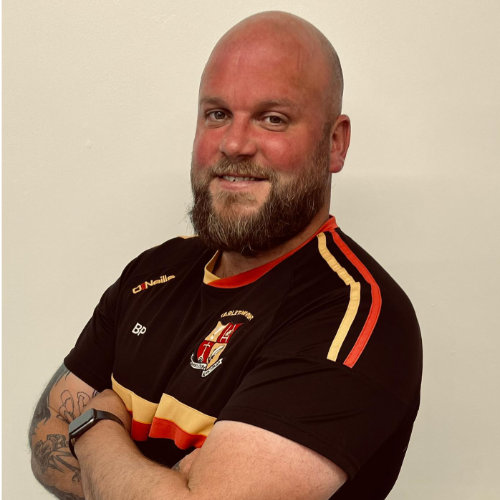 Brian was a late entrant on to the rugby field, after a successful sporting career as a footballer.

Over his 11 years at the Club, he has played for the senior teams representing 1st and 2nd XV.

Brian was also part of a successful coaching team overseeing the 2nd XV for some 5 years gaining two league promotions along the way.

He’s been a member of the Exec committee for some 6 years and currently coaches the U8’s.

During non rugby time Brian is busy in the construction and graphic design industry.
He puts his youthful good looks down to plentiful consumption of Guinness. 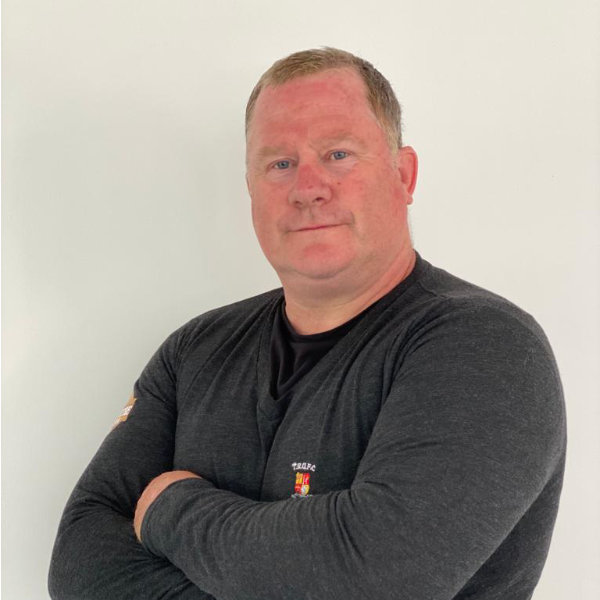 A former Hutton Grammar School captain and Hopper, playing senior Rugby for Preston Grasshoppers from 1986 to 2000. Working in Hong Kong for 13 years allowed Ian to play for the HK Police as well as coaching roles with DEA Tigers, SCAA Causeway Bay and Hong Kong.

When not at the Club or working claims he’s a half decent chef. 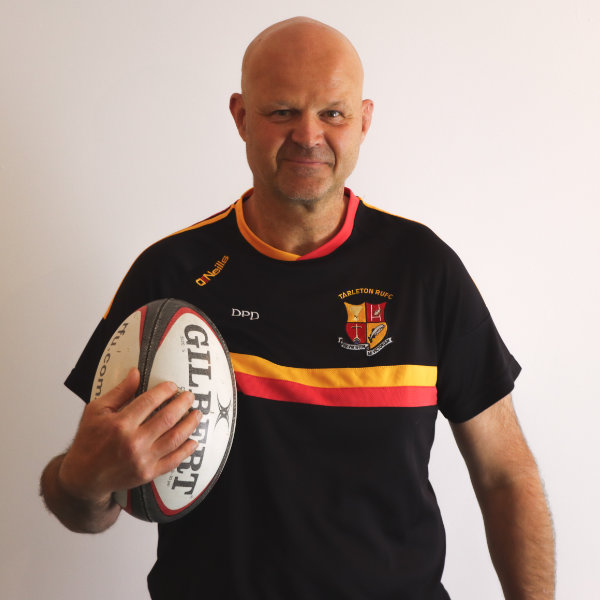 After playing for QEGS 1st XV Dave played for Calder Vale, Marist RUFC in New Zealand and latterly Blackburn, lacing up for the 2nd XV and playing for the Police in their divisional rugby comps.
Dave joined Tarleton seven years ago introducing son Freddie to the game and Club.
After joining the management team two years ago as Chairman of the Minis & Juniors, Dave has overseen tremendous progress with numbers up by over 30% and a growing number of kids almost on a weekly basis. So we have someone to blame for the lack of parking on Tuesday evenings!
Outside of the Club, Dave is an accomplished horse man and spends time with these, as well as his three lads, wife and new pup.
All enjoy hiking and skiing, with the annual family highlight being a ski trip in Norway.
At the moment he claims to be writing a book, which we will see, but we do know Dave makes a mean pint of scrumpy cider. 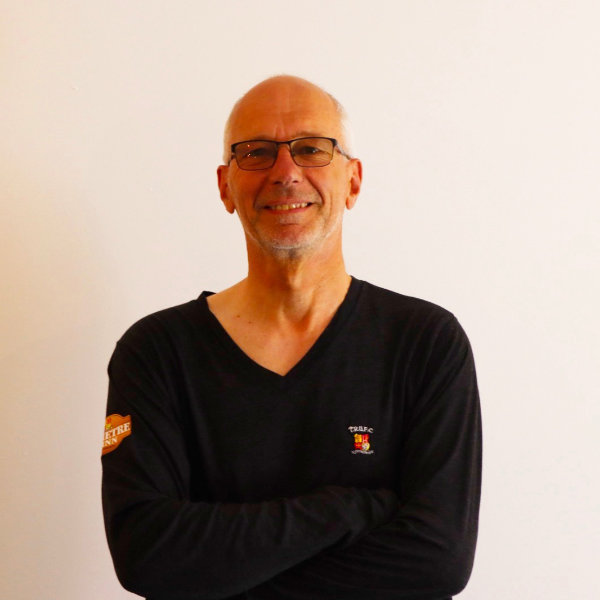 An integral part of the Club’s development, Barry has been with the Club since 1991, one year after its formation and has enjoyed watching his lads play here too.
He has performed the roles of, and in many cases more than once, Chairman – Mini & Juniors, Club Secretary and Club Chairman.

When he’s not wrestling with GMS and RFU directives, Barry is a very keen cyclist and enjoys his classic cars.

More often than not Barry will be the first point of contact for new and existing membership enquiries. Barry is additionally the appointed Safeguarding Officer. Enquiries can be directed to Barry from the contact page. 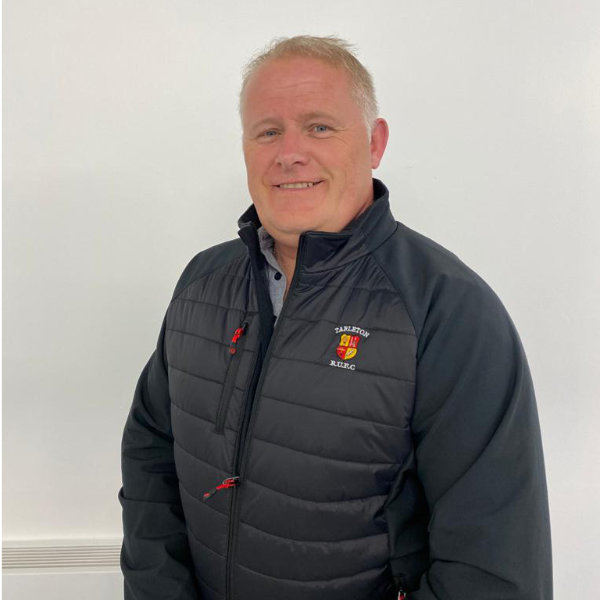 After a successful Rugby League career including Wigan Warriors, John discovered beer and has been serving beer and drinking it since as early as 1983.
Known amongst similar , he is known as the Stella Man, so is well placed to become our very own Beer Sommelier.

John has made the switch from League to Union to take over and oversee the Club’s hospitality provision quickly making an impact with the introduction of the Club’s very own lager, TRU Lager.

When not procuring, keeping the pipes clean and helping the bar crew, John’s hobbies include professional wedding photography.

He is also renowned for pulling or pushing the odd HGV. 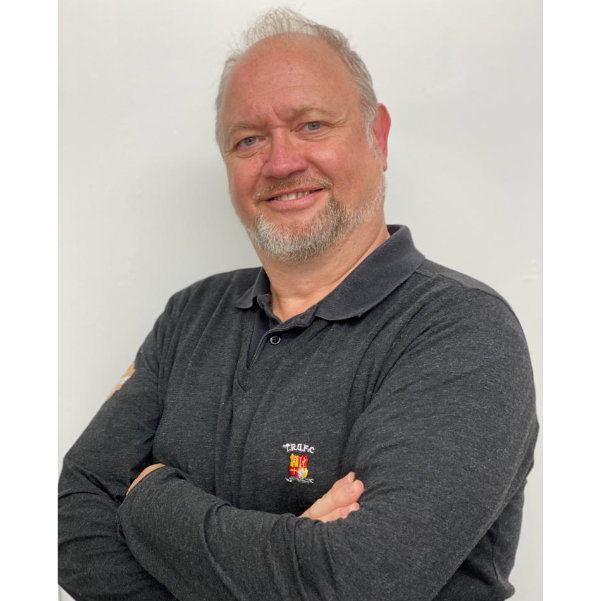 Whilst Ray is the Club’s appointed Physiotherapist, he arrived at Carr Lane having played rugby at Club and County level and for Cardiff Uni.
Ray qualified as Physiotherapist in 1983 and has over 38 years experience in the treatment of injury and dysfunction, also including Neuro-musculoskeletal Medicine and Sports Related Injury and Rehabilitation.
He is the Founder and Director of SPS Clinics Ltd.
Ray has and continues to work with a wide variety of sports as well as nationalities.
Outside of Rugby Ray is an avid writer of poetry, recently publishing his own book. He is also a very accomplished orator. Often found at the end of the evening propping up tables when everyone has left. 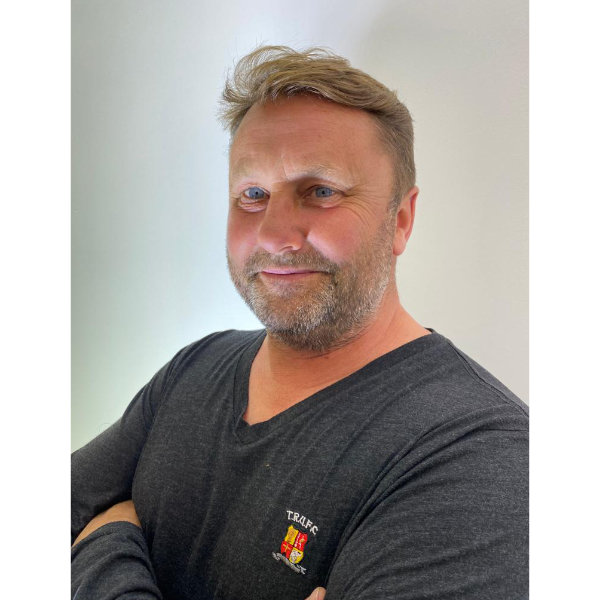 When he’s not busy growing the best Leeks and Potatoes in the North West, Mally is always down at the Club.
For years he’s been helping make sure the pitches are in great condition and can turn his hand to pretty much any challenge the Clubhouse throws his way.
Great supporter of his two sons Dan and Sam, both playing senior rugby having come through the minis and Colts.
Mally says he’s not played much rugby but is looking forward to pacing up his boots for a vets game… 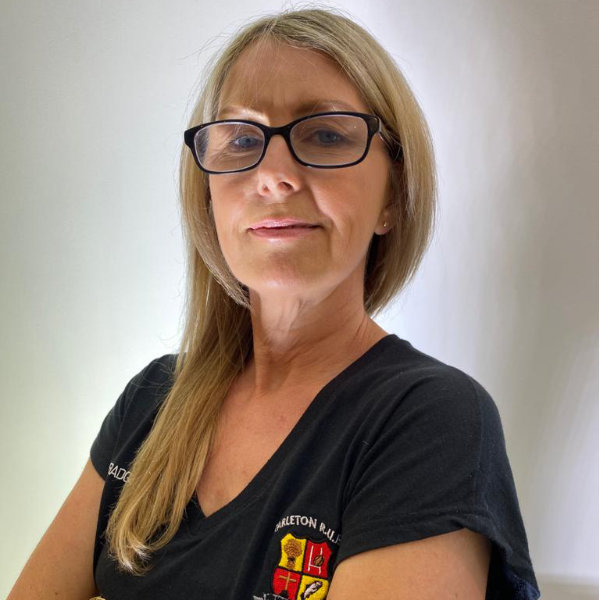 With a strong background in finance Louise looks after the Club’s finances, from a day to day operational operating performance, to assisting the Club’s accountants, helping guide the financial strategy for the Club across all functions.
Louise has been around the Club, ever since her lads Sam and Ben took to the field and is the other half to Sean Mally.
A very keen bar crew member, plus avid touchline supporter too, there won’t be many times you don’t see Louise somewhere at the Club.
Off the field she spends most of the time filling the food fridge up for the lads, enjoying time with daughter Heidi and enjoying time with friends. 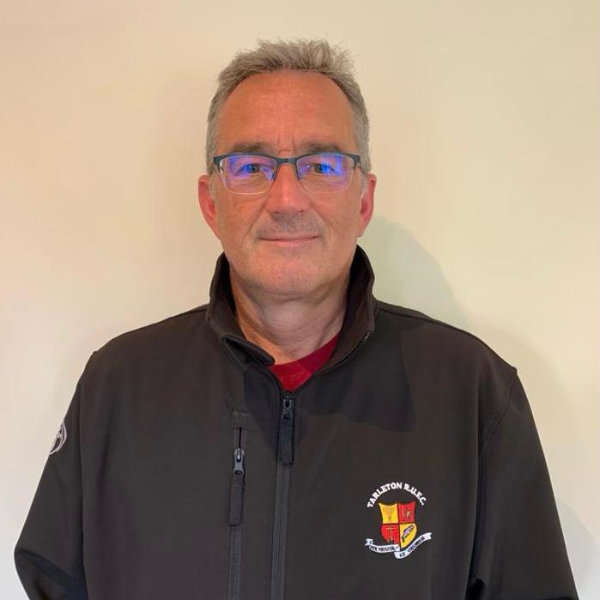 A Rugby graduate of Hutton Grammar School, as well as playing the round ball game with aplomb and badminton and squash too.
Tony’s playing days were curtailed due to a dodgy hip, but having gone bionic now enjoys playing golf, swimming, paddle boarding and hiking regularly. Think we’ll all get a new hip.

Tony adds a wealth of commercial experience to the team from his current role as Operations and HR Director at James Hall & Co.
He has also held the positions of Trustee at Hutton GS, as well as being chairman of his local scouts and avid local football team coach.

Whilst not being active with wife Michelle, and driving the Clubs commercial functions Tony also enjoys international travel and great holidays both beach and skiing. Just don’t follow him through security at the airport – he always sets the alarm off!